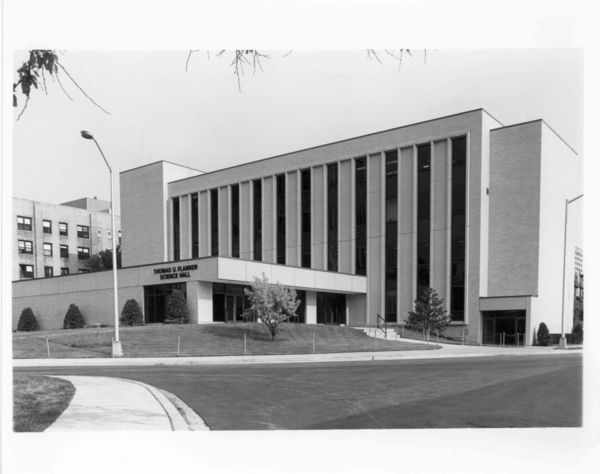 Moving toward and into the 1980s, the Baumhart administration focused its efforts on expanding Loyola.  Flanner Hall, the school's newest science building, was completed in 1976.  More new buildings followed with Maguire Hall at the downtown campus (1979), Halas Sports Center (1982), and the Crown Center for the Humanities (1983).  Cudahy Science Hall also went under a renovation from 1978-1979. 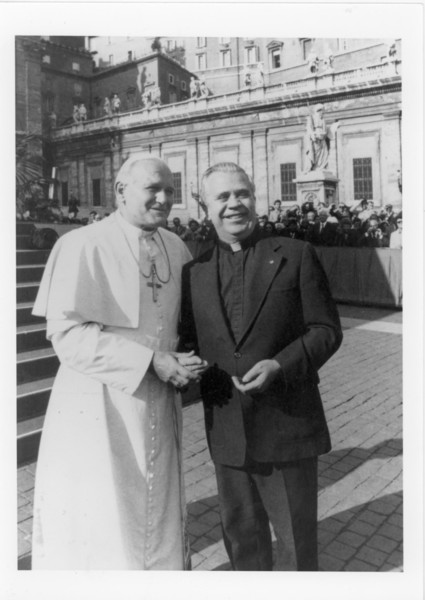 Along with new campus structures, university administration started Project Walk-to-Work in 1976.  This program offered financial assistance to faculty and staff who moved into the nearby residential area.  For students, the Loyola radio station WLUW FM was established in 1977 and continues to broadcast today.  In the same year, Loyola's Rome Center campus moved to its current location on Via Massimi. 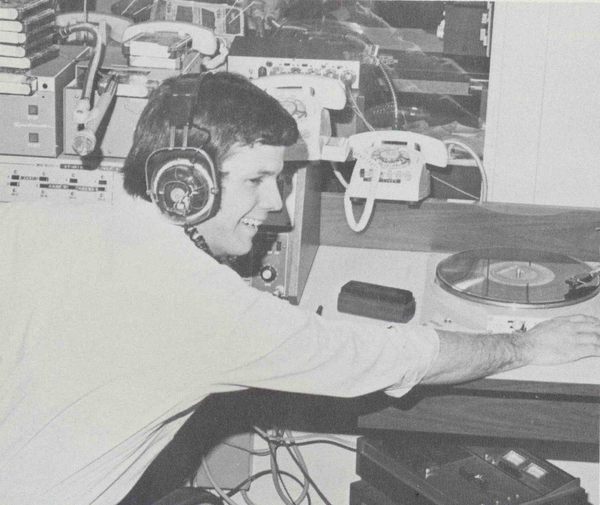 A Loyola students works at the new radio station. 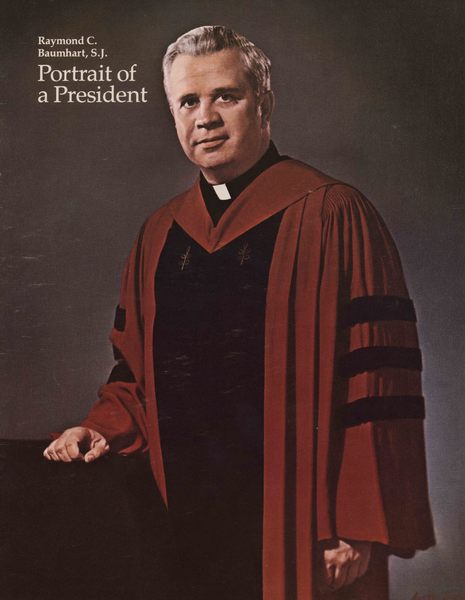 Rev. Baumhart's tenth anniversary as president approached in 1980.  Many of his friends and colleagues sent letters for the occasion, noting their appreciation for Baumhart's attention on Loyola.  John F. Langdon, the Vice President for Administration in 1980 noted in his letter, "When 'outnumbered,' he is wise enough to retreat, if only temporarily."  Baumhart understood the timing of raising issues in meetings, and listened to the opinions of others.  His management style, efforts in keeping Loyola financially stable, and attention to campus expansion helped Loyola emerge as a competitive college on a national scale.