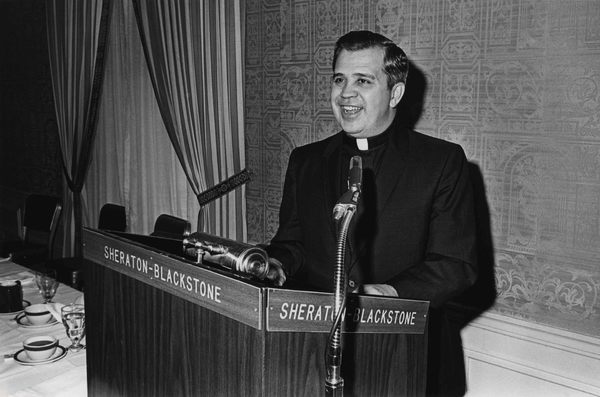 During Baumhart's remaining years as Loyola's president, the school underwent significant administrative changes that are present in the current school structure.  In academics, a larger emphasis was placed on teaching ethics to undergraduates.  Ethics then became a mandatory core class for all undergraduate students.  Baumhart also began taking a less hands-on approach with administration after his twentieth anniversary.  He started spending more time with the delegation of tasks and fundraising for the university, as university presidents typically do, instead of being a direct administrator within the university.  Even with the shift in duties, Baumhart made impactful decisions in his final years at Loyola. 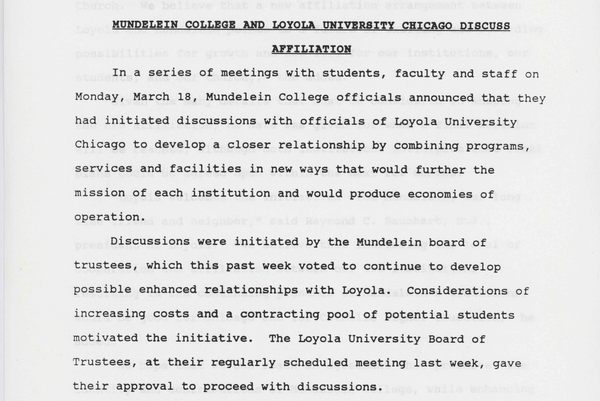 Before the 1990s, Loyola University and Mundelein College agreed that Mundelein students could take classes through Loyola, utilize Loyola's health services, and even have membership at Halas Sports Center.  However, financial difficulties increased and student demographics changed at Mundelein.  By January of 1991, Loyola's and Mundelein's administrations agreed to affiliate the schools.  The affiliation happened quickly, and was complete by June of the same year.  Initially, Mundelein College was linked with University College in order to support more part-time students, but has since been completely incorporated into Loyola University. 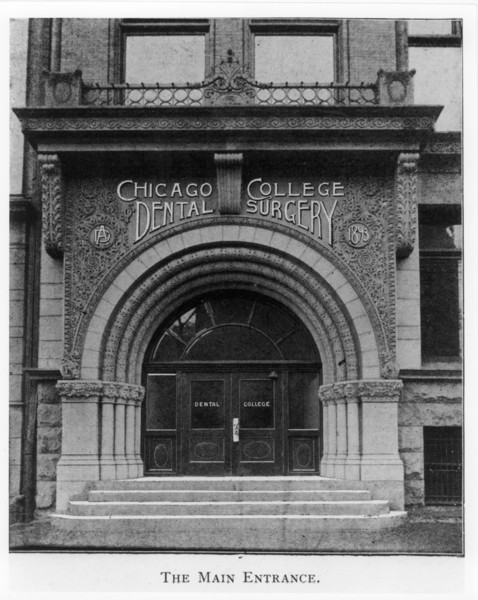 The entrance to the School of Dentistry's Harrison Street building, prior to the school's move to the Maywood Campus. The school closed in 1993.

Other changes that occurred in Baumhart's final years were the affiliation with Mallinckrodt College, and the closing of the Dental School.  Loyola affiliated with Mallinckrodt College in Wilmette in 1991.  The School of Education, which had been housed at the downtown campus, moved to the Mallinckrodt campus.  After students struggled to commute to Wilmette, the School of Education moved back to the Water Tower Campus in 2002.  Declining enrollment and financial stresses endangered the School of Dentistry, as well, leading to its closing in 1993. 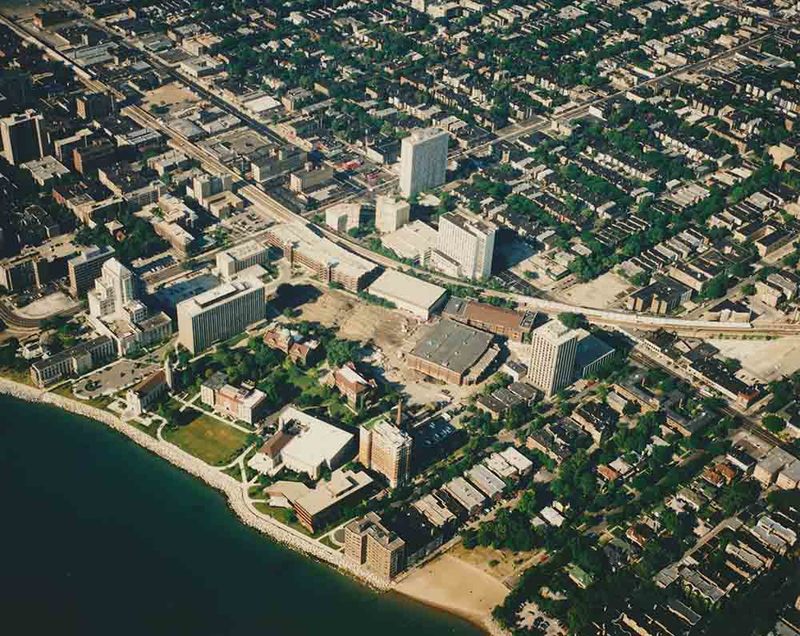 By Baumhart's resignation in 1993, Simpson Hall was completed (1991) as a student residence, and construction on 25 East Pearson (Corboy Law Center) began.  Loyola University owned 83 buildings at the time, compared to 31 in 1970 when Baumhart was elected president.  Ultimately, Baumhart followed in his predecessor's footsteps of doubling the student population, increasing the number of campus buildings, and promoting annual giving programs.