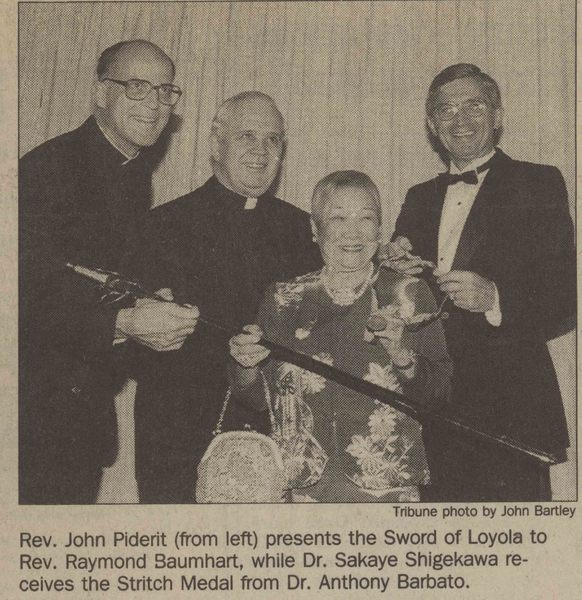 Rev. Baumhart resigned from his post as Loyola's president in 1993.  In his increasing age, it was becoming more difficult to continue in such a large administrative role.  Baumhart was not retiring, however.  From 1994 to 2000, he worked as the Director of Evangelization and Christian Life for the Archdiocese of Chicago.  While in this role, Baumhart also served as a board member in Cardinal Bernardin's cabinet.

In the years following his presidency, Baumhart received many awards and honors, such as the 1993 Sword of Loyola, the degree of "Commendatore" from the Italian government for his development of the Rome Center, and the title Professor Emeritus of Management. Loyola University also established the Raymond C. Baumhart Chair for Business Ethics in 1994.