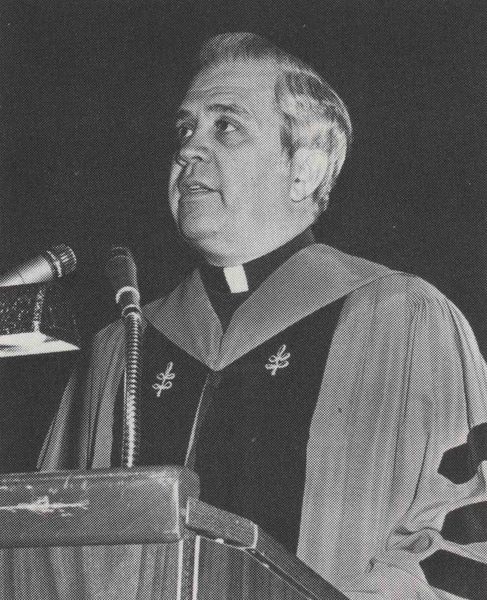 Rev. Baumhart's tenure as president of Loyola extended from 1970 to 1993.  By June 28, 1970, the presidential search committee elected Baumhart with a unanimous vote, making him the youngest man to head a major university.  Before accepting the position, Baumhart sent the committee two conditions which he required to be fulfilled: first, to add laymen to the majority of the Board of Trustees by the end of 1970 (the board consisted entirely of Jesuits by rule); and second, that Loyola withdraw from real estate negotiations in Rome, which Baumhart considered unbeneficial for the university.  Rev. Baumhart succeeded Rev. Maguire officially on July 31, 1970.