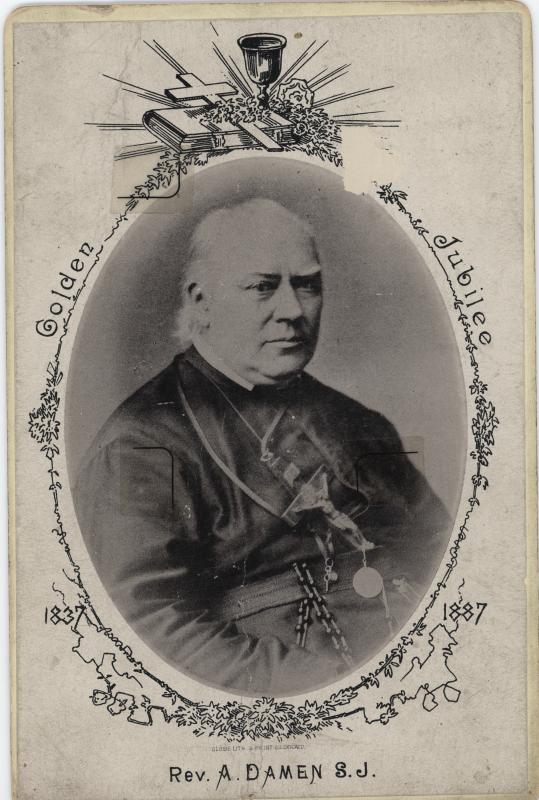 Loyola University’s story begins with, what should have been, a rather routine visit to the burgeoning city of Chicago, IL in 1855. Father Arnold Damen of the Society of Jesus was sent on a three week mission to Old St. Mary’s Church on the corner of Wabash Avenue and Madison Street to deliver a series of sermons, but his strong and zealous preaching style left such an impact on the residents of the community that many of them wrote to him in St. Louis to ask him to come back and make a permanent Jesuit foundation in Chicago1. In the end, it was the invitation of the Bishop of Chicago Anthony O’Regan and the persuasive argument of Father General Peter Becks, S.J., that convinced the Society to send Fr. Damen to the city to serve a more permanent role. Thus, at the end of 1856, Fr. Damen moved to Chicago where he instituted a stronger Jesuit presence through his unwavering dedication to God and the community2. 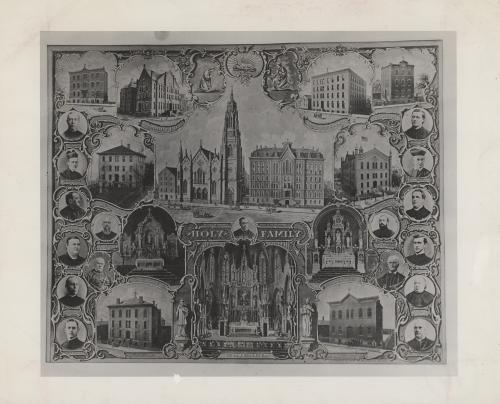 To assist Fr. Damen in his endeavors, Bishop O’Regan offered him the still unfinished Church of the Holy Name on the North side to begin his work. At a time when Chicago was experiencing an influx of European immigrants who required help adjusting to living in the city, Fr. Damen, was more disposed to do his work on the west side where large numbers of Irish Catholic newcomers were finding homes.  While Bishop O’Regan remained skeptical of his seemingly risky aspirations, Fr. Damen received approval from the bishop’s superior, Reverend John P. Druyts, to take up the work in the following year3.

By March 1856, Fr. Damen had successfully acquired the funds to purchase an entire block made up of 32 lots between Twelfth, May, Eleventh, and Austin on the west side of the city, and Holy Family Church, the first step in Fr. Damen’s vision of bringing faith and education to the immigrants of the city, opened to the public in August of 18604. More than just a sight to marvel at, the new Holy Family Church served as an important venue for bringing Parishioners closer together. The Parish gradually expanded, and in time, the church’s various organizations were able to provide enough infrastructure to support Fr. Damen’s dream of building a school-church complex.

This combination of education and faith lay at the core of Fr. Damen’s mission and that of the Society of Jesus in general. Education, the Jesuits thought, could prepare followers of the church for careers that would benefit both their families and the community, as well as ground them in the principles of truth, morality, and religion that constituted a good relationship with God. With this in mind, Fr. Damen worked ambitiously to find the means to help and educate, not only the members of the church, but also other immigrants in the city.  He began by establishing schools for the children, both boys and girls, and by the end of the decade, Fr. Damen’s educational system expanded to great heights, culminating with the erection of a Jesuit college. 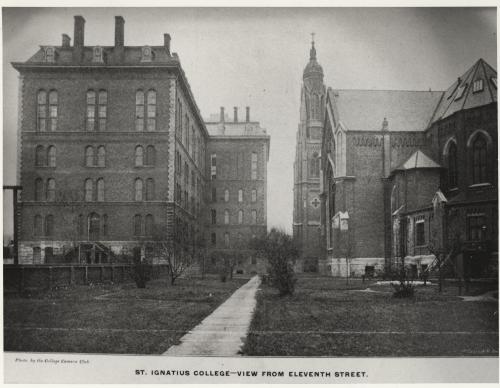 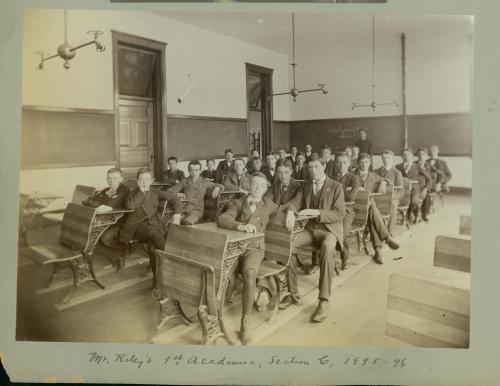 Construction of St. Ignatius College began in 1869 on the corner of 12th and May in Chicago’s Near West Side neighborhood. On September 5th, 1870, the college officially opened its doors to a class of 37 men with a faculty of seven teachers and four priests5. As documented in the Diarium of St. Ignatius, the college was far from complete on opening day. It was short of desks and not all its windows had been installed, but lessons carried on anyway6. The Jesuits were committed to providing students with a Classical education that imparted a thorough knowledge of the English, Greek, and Latin languages, of mental and moral philosophy, of mathematics, and of the physical sciences.  In addition, the university expanded its educational influence by opening its doors to the public for exhibitions that reflected the topical issues of the day7.

In October of 1871, the Great Chicago Fire devastated the area surrounding the college. Remarkably, the wind shifted just in time and St. Ignatius was left untouched much to the relief of Fr. Damen. Though events like the Great Depression and the Chicago Fire presented considerable challenges for Fr. Damen, the college, and the student population, in the end, it did not create any permanent obstacles that would prevent St. Ignatius College from flourishing8.

In following years, St. Ignatius College would continue to grow eventually moving to the Rogers Park neighborhood on the city’s north side in the early years of the 20th century, and in 1909, St. Ignatius College was re-chartered as Loyola University, and began its journey to becoming the respected institution it is today9.